Ductile iron is an iron-containing carbon. We know that iron or steel contains a certain amount of carbon. Why is it called nodular iron? That's because they have different forms of carbon. Nodular cast iron contains spherical carbon, so it has more stable properties. Ductile iron is usually made by melting molten iron or scrap iron at high temperatures and casting it in molds. After the casting has cooled and formed, the surface will take on the shape of carbon, which can appear as sheets, depending on the process. There are four types of vermicular, spherical, and flocculent, each of which has its own name. The sphere is what we call spherical cast iron.

What are the characteristics of ductile iron?

Feature 1: ductile iron has excellent impact resistance and ductility. This is because the graphite sheets in spheroidal cast iron are specially treated to form very fine carbon elements, and these tiny carbon elements enter the gap between the iron elements, greatly strengthening spheroidal cast iron. The physical properties are therefore very good shock resistance. We also know that graphite is not ductile, but iron is ductile. The combination of the two is the perfect inheritance of their respective advantages, so that ductile iron has impact resistance and ductility.

Feature 2: ductile iron can effectively prevent cracks. In the industry, our image is known as the crack terminator. Through a microscope, experts can clearly see the cracks in the iron that stop when they enter the graphite ball. This is because the graphite ball has very high stability and the possibility of cracking is very small.

Feature three: anti - corrosion. As mentioned above, ductile iron is a graphite element that enters the gap between iron. As a result, corrosive objects do not corrode iron. 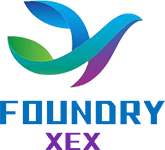